Dedicated runners don’t want to stop running because of the elements. They want to be able to run through sun and rain, sleet and snow, and just about anything else tossed at them. Fortunately, they don’t have to, especially if they have the right gear. With the right running gear, nothing can stop dedicated runners.

Since 2002, TrailHeads is a company that’s been busy making quality hats, headbands, running accessories, and now running gloves. Equipment that’s manufactured according to strict standards and that’s designed to serve a specific purpose. And the Power-Stretch gloves are probably one of the best products they’ve manufactured so far. These lightweight gloves are easy to use, but they’re still capable of keeping the runner’s hands through cold weather.

These gloves were made with a fabric that’s capable of stretching in four different ways, so the runner doesn’t have to constantly fuss with them as they’re hitting the trail. They also have an outer layer that increases their durability and helps them resist the chafing effects of the wind on the runner’s hands. The inner layer of these gloves is designed to wick away moisture on the runner’s skin, which only works to increase their thermal efficiency.

Although these gloves do cost more than some of the other running gloves, they are well designed and can help protect the runner’s hands. Some of the features that can be found on these gloves include silicone palm grips that enhance manual dexterity, a terry cloth patch that serves as a brow wipe and conductive fabric on the thumb and forefinger of the gloves that allow the runner to use phones and other touchscreen devices. That’s why we selected these gloves as our number one choice and highly recommend them.

Even though we wouldn’t recommend these running gloves for extremely cold weather, we do think that it’s a glove that works well for running when the temperature is between the 30-degree and 45-degree Fahrenheit range. In other words, it does offer a little bit of warmth in nippy conditions, but when the mercury dips, then the runner is probably going to want to purchase a pair of gloves with a little bit of thermal insulation. At least, that’s our opinion on the subject.

What these gloves do have going for them, however, is that they’re very stylish looking and look good on anyone’s hands. They also have a few features that make them quite useful for running. For example, they’re equipped with Clima-Warm technology that provides a little bit of insulation, built-in wicking technology that helps to wick moisture away from the runner’s hands, and textured patches strategically located on the palm and the thumb that give the runner an improved grip.

Another feature that we liked about these gloves is that their fingertips were made of a conductive fabric that allowed the runner to operate a phone or other touchscreen while they’re running. And finally, these gloves are equipped with a hidden pocket that can be used to stash cash or keys so that the runner doesn’t have to worry about wearing shorts with a pocket in them. Keeping all of this in mind, we think that these are some great gloves for runners.

New Balance has been making quality athletic equipment for quite some time now, so we weren’t surprised to find out that they make some great running gloves. These gloves are made of a blend of 95% polyester and 5% spandex, so they’re smooth and very lightweight. They’re also engineered with antimicrobial properties, so they’re more resistant to odors than other brands of running gloves are. And they’re also equipped with touch-tip fingers that allow the runner to use a smartphone or other touchscreen.

It’s also worth noting that these gloves are equipped with special grippers on their palms that help the wearer handle their phone and other objects more easily and without worrying about these objects slipping out of their hand. Although these gloves probably aren’t suitable for extremely cold weather conditions, they are capable of providing the runner with a bit of hand protection in temperatures above 30-degrees.

These gloves are also available in one of several different colors. They’re available in colors that include highly reflective green, red, black, and heather. That makes them some very good looking gloves. With that being said, however, we do have to say that these gloves do run a little bit larger than some other gloves that we’ve tried, so consumers might want to keep that in mind when they’re ordering them. Even with this little flaw, however, we do feel that these are some of the best lightweight running gloves around.

These midweight gloves are certainly good for anyone who is looking for an inexpensive pair of running gloves. Although these don’t provide the same thermal protection as more expensive gloves, they’re good in warmer conditioners or as a liner for another pair of gloves. They’re made from a reinforced nylon and spandex blend that’s comfortable to wear. And since they’re made with 4-way stretch fabric, they conform to the hands quite nicely and give the wearer the illusion of a custom-fit.

It’s also worth mentioning that these gloves have silicone dots on the palm and fingers to give the wearer a little more grip when they’re handling their phone or other objects. These gloves are also equipped with touch fingertips that are supposed to allow the wearer to interact with their cell phone or tablet. Although these fingertips do work well about 80% of the time, there are occasions when they don’t work as well as we would’ve liked. A slight defect on an otherwise good pair of running gloves.

These gloves might not be the best running gloves around, but we do believe that their low cost, durability and textured grip make them good pairs for runners to consider. We found them to be quite useful and we liked that they dried quickly after they were wet. And we also appreciated that these gloves looked good as well, although we’re not going to pretend that they have a designer look.

Even though we tried to give our readers a nice selection of some of the best running gloves around, we know that not every runner is looking for the same thing. Some runners want gloves that offer protection against the cold or rain, some want lightweight gloves, and some want more stylish gloves. That’s why we’ve decided to write this buying guide. This guide will illuminate some of the things that runners are going to want to consider before they purchase their next pair of gloves.

Step One: Consider The Materials

The first thing that the runner needs to think about when shopping for a new pair of running gloves is what material they need the gloves to be made from. These gloves are available in a variety of different materials including acrylic, polyester, fleece, spandex, and polypropylene. Let’s examine each of these materials to see what qualities they convey to the gloves.

Gloves made from these materials will tend to have a bit of stretch to them and to breathe. They also tend to offer the wearer a decent amount of thermal protection, but they don’t protect against rain or wind very well.

These gloves will be capable of breathing and also will tend to wick moisture away from the wearer’s skin. These abilities make these gloves warmer than gloves made with other materials, but it needs to be said that these gloves offer little in the way of water or wind resistance.

Fleece is a material that’s soft, cozy and very warm. Unfortunately, this warming quality comes at a price. It should also be mentioned that fleece doesn’t do a good job of wicking sweat away from the skin or allowing air to get to the skin’s surface.

This material does an amazing job of protecting against moisture or wind, but it does this at the expense of it being able to breathe and wicking away the user’s sweat from the skin. In other words, these gloves do tend to become sweaty during runs.

Spandex isn’t a material that’s going to be used in running gloves by itself. It’s going to be paired with some of the other materials on this list, and its main contribution to the construction of the gloves is to allow the gloves to stretch.

The next thing that the consumer is going to want to consider is the thickness of the gloves. Ideally, the runner is going to want to choose a pair of gloves that are thick enough to provide them with the warmth and wind protection they need, but not so thick that it interferes with them handling objects such as their phone. Winter running gloves that are made with thicker materials often use a thinner material for the palm or the fingers to allow air to get to the hands.

The runner is also going to want to make sure that they buy the right size gloves for their needs. The gloves should be snug, but not too tight. If the gloves are too tight, then they will cut off circulation and if they’re too big, then they can chafe the skin or interfere with the runner’s manual dexterity.

Once the runner has determined the best foundation for their gloves, it’s time to turn their attention to other features that they might want to consider. Below are some of the features that runners tend to look for when they’re considering a new pair of gloves. The following features are, of course, optional, so our readers can disregard any of them that they don’t feel would be useful.

The last thing the runner is going to want to consider is the style and the color of the gloves they’re thinking of buying. Since this is a personal decision, we will only offer one suggestion: If the runner is buying a pair of gloves for running in low-light conditions, then they might want to choose one that has a reflective quality.

Just by following the above recommendations, most runners will be able to purchase the best running gloves for their needs. There are a ton of different manufacturers making quality gloves, so the consumer might have to search around for a little bit before they find a pair that suits their needs. Once they do, however, they’ll be glad that they made the investment in time to find a pair of gloves that work well for them. 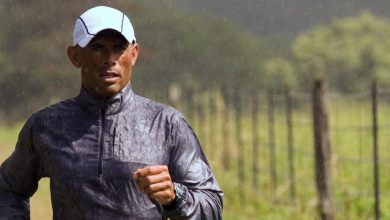 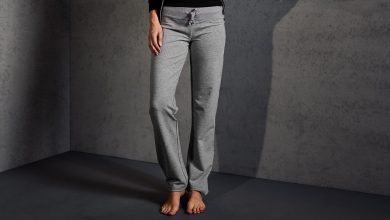 Best Sweatpants For Women in 2020 – Reviewed 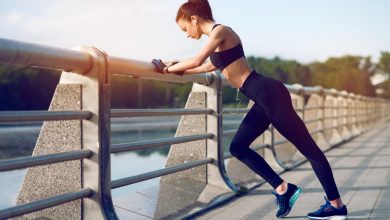 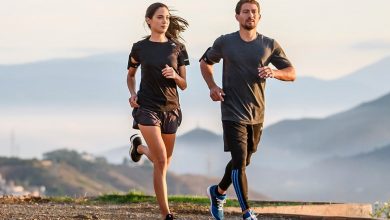